It’s a long time coming really, I’ve spoken about the process of my veganism for the past 12 months but have yet to talk about the direct thoughts and feelings I have on it.

I asked YOU to ask me some personal questions.

I want to use this platform to squash any concerns or worries about veganism, It’s always this ‘hidden’ thing that people worry talking about in case of an upset. Well, I’m made of stronger stuff, I’m not going to be upset about a few questions when I know it could help thousands.

The most common questions

What influenced you to go vegan and were you vegetarian first? – From Loren.

Well, no. It always surprises people to know what I went directly from a full meat eater on the Paleo diet (I used to think that meat was healthy and would eat it for almost ALL of my meals) to a vegan, after a trauma on holiday! The week after I came back from holiday I had incident too, I ended up writing up the whole months events that was leading me to veganism in ‘Thinking of making a change – Veganism’.

I wasn’t a large meat eater, eating chicken and bacon and eggs on a loop but knowing what I know now, my diet must’ve been a huge strain on my health.

Read about my traumatic experience with Santorini

Are you using vegan beauty products/toiletries etc? – From Fiona.

I very rarely buy these things anyway, so I have tonnes of stock-piled lotions and bath products. Most of which I’m re-gifting for Christmas and Birthday’s until they’re all gone. I don’t really go out of my way to buy vegan but if it is ‘accessible’ then I will support those companies and make a point out of the lack-of vegan products by tweeting and Instagramming the other companies.

I know that Superdrug has just re-released their cruelty-free range called ‘B.’ in the UK.

What are your toughest challenges – Have you ‘slipt’ up yet?

I set out to be Vegan through wanting to make more positive choices in the world. So when it comes to a point where I’m morally tested (or quite frankly – hungry) I have messed up. I messed up once in January, for my birthday. My sister-in-law bought

My failings make me bad at being a vegan – not a ‘bad person’ and I will stand by the fact that I am making a change regardless of my mistakes.

What do you think about the vegan options on the market today?

I know they’re a lot better than 10 years ago so I’m happy.

Almost every large supermarket has vegan choices and a long list of big brands have vegan alternatives. To spread the message that veganism isn’t a big lifestyle change would be wrong but if you’re someone worried about going vegan because you’d ‘miss cheese too much’ or ‘Love KFC to much’ then you’re wrong too.

There are so many options that replace the things you want the market knows that people want ‘vegan burgers, hot dogs and cakes’ and will offer as many alternatives as you demand. I’d be lost without my vegan Linda Mccartney burgers and mini-sausage rolls.

So shout loudly – tell the brands what foods you want and the vegan brands will make it! (Read about my top vegan products)

What do you think about the high-street food chains?

Being a vegan and being social can be difficult. Restaurants have pub-chains have not caught onto the fact that veganism is booming, it’s a fastly growing market (along with vegetarians). So to skip out vegetarian options, or have very little, is really cutting off a huge profit for themselves.

I can’t stomach eating another salad or falafel wrap in a pub. Give us food – real food and we will eat it!

Do you think veganism is healthy?

Now, we’re into the big topic. My simple answer is ‘yes’. People expect to challenge me on this subject as vegans have always been thought of as ‘undernourished’ ‘weak’ and a little bit mental. but it’s well documented that meat and animal products are one of the biggest causes of diseases and cancers. We all know that if we go to the doctor they’ll tell is to reduce our dairy and meat consumption and yet judge those who do. Including meat and animal products, no matter how small is increasing your risk of these diseases, so an animal-heavy diet is unhealthy and one that removes those is healthy – right? Well, no.

Vegan deficiencies are real. You can become really ill from eating vegan if it’s not done right. Like most western diets, they can make us sick too as typically, we don’t balance our meals enough.We don’t understand how to eat properly. If nutrition was taught in schools then we’d have a new generation who’d have very little of the diseases we seem to think of as ‘normal’

So. My typical answer is “If done right, yeah. It’s one of the healthiest”.

What kind of issues do you have from being vegan?

I wrote a post on the cons of being vegan on Quora recently and it was viewed by over 30,000 people. It shows that people are looking to go vegan, but also that there’s a lot of stigma around the vegan community. Read more on the Con’s of being vegan…

People that are anti-vegan (yeah – that’s a thing). Does it upset you?

Of course, it does. I have family members that openly mock me for my choice not to eat animals. I hate to think that people can be anti-vegan, it’s not about them hating the movement that we’re trying to encourage. It’s about them advocating animal cruelty, that’s what upsets me. They’re not anti-vegan they’re just pro-animal cruelty.

It’s hard though, to talk about veganism on my platform. Or even in general, every time I speak about it I feel as though people are thinking “Oh here we go”. People around you think you’re going to start preaching so… they jump in on the defensive and become hostile.

It’s so frustrating being knocked down every time you want to share something with someone, especially when it can be so positive.

My family are (slowly) learning.

I have moaned about them on this post and I should give them credit where it’s due -They have really changed for the better. Not completely, though I’m not expecting much at all but. People are more interested in my choices. On all of the ‘diet’s’ I have ever done, never have I created such an intrigue from family and friends. They want to know what I eat, how much I eat and what my limits are. It’s amazing to be able to tell them the variety of food I get to enjoy.

What does veganism mean to you?

A lot of my veganism comes through food so I guess I’m more ‘plant-based’ with vegan tendencies?

People who are cutting out meat and dairy but still consuming eggs are doing far more than those who aren’t trying. So why would we segregate them? I try my best to be vegan as much as possible but when it gets to days where I am out without planning to and there’s no food. Yeah, I’ll have a vegetarian falafel or crisps that have whey in them. I am reducing my impact on the planet all year and as long as I’m not purposely eating animal products ( I try my best to pack food every time I leave the house) then I shouldn’t feel embarrassed or ashamed (even though I do) for consuming those products when I’m struggling.

I think that’s what veganism means. Sharing a message of compassion and health and making it easy to access by caring for others that want the same, even if they still consume honey or eggs once a year.

Personally, Veganism has made me…

A completely different person. I’m more sceptical than ever before. I question everyone’s motives for anything, I just feel like I’m detached from the rest of society, as much as I try to relate to it I can feel like I’m an outsider looking in (I imagine it’s how meat-eaters look at me in all honesty). It astounds me that people, myself included, can be so blind to the cruelty.

Where would our five-year-old selves be in this world?

I know mine would be sitting in a garden somewhere looking for insects and small animals because I loved them (and still do). Would five-year-old you be supporting the animal cruelty that’s happening?

It’s not all bad though, I have felt supported at times, through my sister speaking up for me and allowing my veganism to be her voice too. and I’ve felt alone, the first six months were awful, I felt attacked and persecuted but I learnt how to deal with it. I learnt that people attack when they feel vulnerable so If I can give them some knowledge and passion they (most often than not) share some understanding with me. I’ve felt limited for choice at some bars and food chains and I’ve felt spoilt to choice in others.

The most important thing I have felt is an overwhelming sadness. That I can’t get others to understand how horrendously the animals are being abused and that they’re not a ‘food’ they’re animals, that have babies and lives they want to live. Like I said at the start, Santorini was a huge turning point for me. I really felt as though humans were disgusting for treating animals like that. When I realised it wasn’t just Santorini, it was the whole world doing it (and abusing them much worse) I felt physically sick to my stomach.

I won’t ever revert to eating animals. I might slip up and use half & half spread on my toast or eat a non-vegan doughnut without realising (I just assume most products are vegan these days) but I won’t ever be a part of the mass-killing of animals. If you want to reduce your impact why don’t you try reading some

If you want to reduce your impact why don’t you try reading some of my previous posts In order they are: 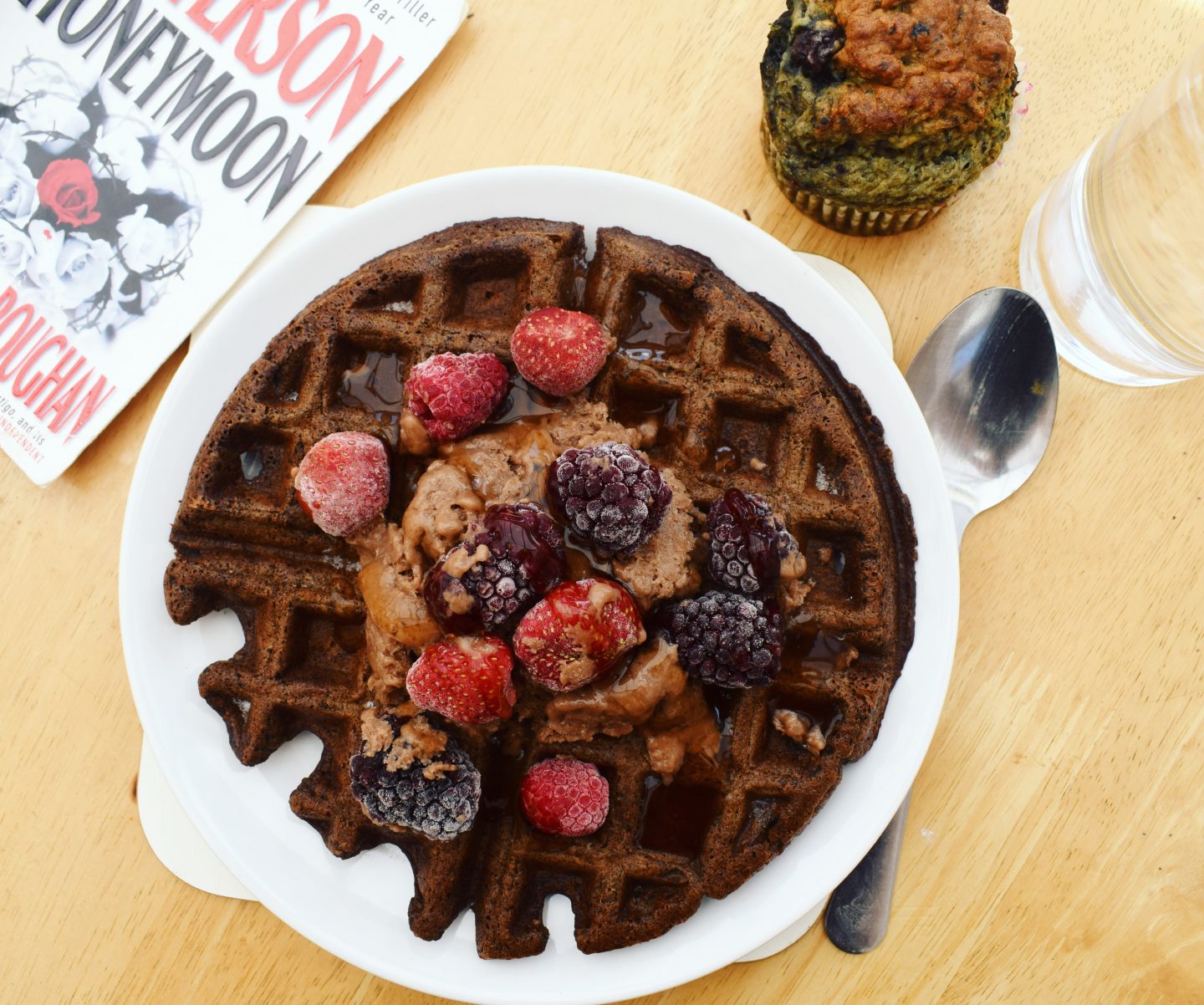 By sharing my voice on this platform (which I rarely do, bar the recipes) I know it encourages the movement so whether or not you made it through this post, you opened it. You saw, even if it was just a statement, my passion for changing the current status quo.

Hopefully, it will have sparked some passion in you too. Share, RT, PIN and most importantly – Make changes.

I really only wanted this to be 800 words but It's something I'm immensely passionate about and I won't stop with it. If you can make one change today, even if it's just cutting meat out for a few days DO it. Every piece of meat you buy is an animal's life.

Hi, I'm Amy,
I’m a freelance writer in the midlands. As someone who was formerly overweight and suffered from bulimia in 2011. By 2014 my little blog was now 3 years old and I needed to teach myself a bit more if I wanted to teach you about your own health.

I studied both nutritional and sports recovery to give myself the knowledge and motivation to continually help my own health to recover. With that knowledge on my shoulders, I hope to pass some of that down with my creative recipes and nutritional guides.